Do the realest ni*gas die young
A question for the gun that killed my big brother Cam a.k.a. Dare
How’s life up there
Do you still laugh like crashing trains
Do you tag your name on angel wings
I don’t know how time works in Heaven but it’s been a minute
Write me back, lil’ Vic

Yeah, listen, I hope you’re reading this shit, yeah
What up Cam.. It’s your little bro
It’s been a while since we spoke, what it’s hittin’ fo’
The other day I saw your sister bro
Sad it had to be at another funeral
That was a wild summer, same one that took Rod from us
When I heard they stabbed him in his side
Swear to God I could feel that shit in my stomach

And, yo, I heard it was some ni*gas from the Wild 100’s
That sneaky bi*ch set you up man
f*ck man that shit was tough man, over some petty ass weed
I was like anybody but Cam
I called Autumn immediately, needed someone to feed it to me
I couldn’t stomach it on my own
I wanted to throw up like I was chuggin’ Patron
Every time I run through your number in my phone

I think about bullet holes runnin’ through your dome
I just saw you that week on 53rd
I’m tearing up man, it’s hard to put this shit in words
It’s like Macklemore at the Grammy’s, man
I just feel like you got some shit you didn’t deserve
You was a good ni*ga, but the good ni*gas
Always die young, f*cking ’round with them hood ni*gas
I know you had your hands in that dirt, but
They ain’t have to air you out outside that Kenwood Liquors
That shit’ll never ever be the same for me
None of this money takes the pain from me
Yeah, but still for whatever it’s worth
I’m just writin’ you this letter, send it to Heaven on Earth

What up lil’ Vic.. It’s your big bro
Been a while man, what’s good though
I see you on the road like 10-4
I ain’t surprised I knew you was gonna kill em tho
I heard your song.. Holy Holy”
That shit really touched me you was just a little bony homie
To see you in front of thousand of people
Screaming my name, man that shit did a lot for me

Sometimes heaven gets lonely
I talked to your grandma, she said.. tell Vic I’m proud for me
I got that little liquor you poured out for me
I was drinking it with Rod, I know that you miss him
You really need to keep your squad closely
I mean Joey, Kene, Smoke, Towkio
You know.. your ride or die homies
‘Cause to be honest them other ni*gas is all phony

But you know you got to stay off them drugs man
They no good for you
I seen you in that bathroom stall suicidal with that gun in hand
How could you wanna die.. shit is so good for you
Heaven ain’t that bad though
Just a lot of sunny days, mad dope
I smoked with Kurt Cobain yesterday, he said he liked your shit
And to tell you that you on the right path though
Don’t cry, I’mma see you when it’s time
Keep your mind on your money and your money on your mind
Cause trust me you’re gonna get through the worst
Sincerely Killa Cam from Heaven on Earth

What up young Vic.. you don’t know my name
I’m just another ni*ga caught up in the street game
I been through things, seen things
I know this might sound crazy but let me explain
It was a dark night, I got call from this broad right
She said I’m hittin you about this shit
Because I know you got stripes like off white
I got a lick for you, you got a car right

You leaving for my crib in an hour
Hold on one sec, he just got out the shower
Nothin’ I’m just talkin’ to my momma
Now listen close, I can’t talk no louder
He got 10 pounds in the trunk
He’s bout to make a run to drop the Benz off to the plug
You could get him robbed for the cash if you quick
And I know he ain’t strapped because I just hid his gun

I asked her who the ni*ga was she ain’t say a name
But I just had a baby man, I had to make some change
I was hurt, how could I turn away a stain
So I called up my brothers like Damon Wayans
We piled up in my Monte Carlo
Pulled up to the bi*ch crib
Seen a white Ford Explorer shorty just told me to follow
He was sittin on 75th

He bent off Stony and made a stop at the Kenwood Liquors
He ran inside to get a drink
When he stepped out, he had a bottle of Hennessy in his hand
We rolled up and put that banger to his face
I told him.. give me everything in the car, ni*ga everything
He start stumbling like.. I ain’t got anything
I said.. shut the f*ck up man, open the trunk up man
Before I gotta let this hammer bang

He reached for the keys and put him in
The trunk popped open, seen the weed in Saran
I said.. step the f*ck back, he ain’t listen though
His hand moved, he started reaching again
I was scared, I ain’t gon lie, that’s what it was
I thought he had a gun, my eyes went black
I let two shots go, before I knew it
He was layin in the ground in a puddle of blood

I know it ain’t right, I think about it every night
I ain’t even mean to take his life
We livin in the streets where ain’t shit free
And your man just had to pay the ultimate price
A week later, I saw your post on the ‘Gram
R.I.P Dare with a picture of him
I recognized the face from somewhere and then I realized
Damn… 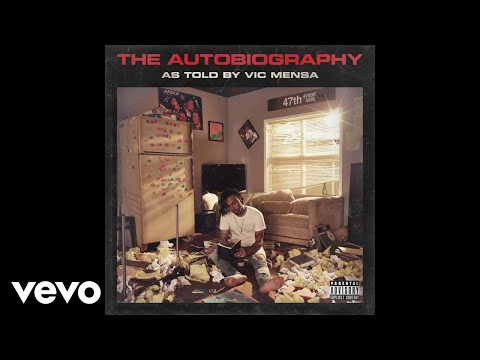