I was on that corner, Tryna get my coins up
Coppers runs up on us and we turn to Jackie Joyner
White man kill a black man, they never report us
Black man kill a white man, they gon’ start a war
Mama she was sour, sipping on the absolute
Young ni*gas brainwashed, they just wanna rap and hoop
Could’ve been a lawyer until they came and shackled you

Feel into the records so them jobs ain’t getting back at you
Them kids ain’t eat yet, so you can’t even sleep
That’s the only thing we ever saw, we repeat that
They was playing ball, find them hearts that I beat back
Broad day, threw his life away, soon as he clapped
Gave that boy a life sentence, made his momma relapse
Damn, they don’t understand

Coming from the bottom, it’s so hard to make a plane
Know them kids beefing, they let it get out of hand
OGs never told us nothing in advance
Young ni*gas killing young ni*gas, shit is like the Klan, I said
Told my young ni*ga, you the man, I said
You don’t wanna end up like my man, hot mess
Praying five times a day, prostration on his head

Screaming is there a lord and he don’t make it to the feds
Caught up in the system, visit from his sister
Talking bout all this ni*gas, how they ain’t even with him
They said they would ride or die, but it ain’t even in ’em
Always posting on the ‘gram, they ain’t sending pictures
Never answer when you call but answer for them bi*ches
Got you thinking twice, damn I should’ve been a witness
Dismantle my business, just telling my story
All guns no glory
Been going on before me, we slaves in their forties
Still slaves in the present

No toys for Christmas, ain’t get us no presents
Only made us evil, made us hungry, made us desperate
Younging in the 9th grade, he got a Smith and Wesson
Grew up with the goons, now he need protection
He dropped outta school, then he got arrested
Lord with a blessing, I just hope he learnt his lesson
They told us, if we go to jail, we would be respected
They told us, if we make a sale, we would run a check in
Threw a rock out in that field, and got intercepted
He stumbled, he fumbled, young ni*gas just rumble
They told you to hustle, them ni*gas don’t love you

Young black American
Wanna live like the fairer skin
Fall to the paradigm
Occupied on that Merilyn
The prophecies of the wild ni*ga, no church
My uncles said stop bi*ching ni*ga, no skirts
It’s kinda crazy there’s another world on the other side of town
Pastor rolling up in that Rolce
Pulling up in that Holy Ghost
Preaching, while ni*gas dying by the Bible code
That’s the struggle of …
The hate, the …
My faith, my prayers
My faith will never be the same 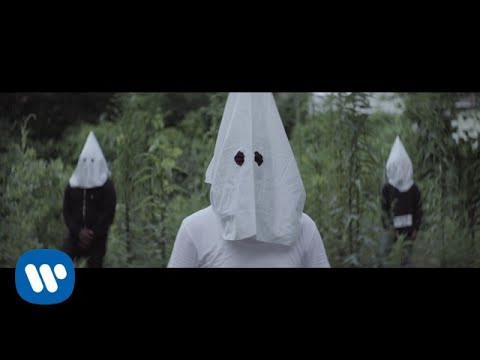